Live Streaming in China: A Look Inside the Multi-Billion Dollar Industry

China is digitally transforming at an unmatched rate. It will soon surpass the U.S. in retail sales, and Chinese tech entrepreneurs continue to accelerate growth across all sectors with digital-first strategies. As a result, China’s society is evolving in surprising ways to produce a culture that’s largely defined by the country’s advanced digital ecosystem.

The prominence of live streaming in China demonstrates technology’s role in day-to-day life. Video streaming has found its way into markets as distinct as agriculture, dating, and online gaming.

In this blog, we take a look at how this trend is impacting business models and consumer behavior alike.

Internet celebrity culture has exploded in China thanks to live streaming. And fame is converted into cash at an impressive rate. The most popular streaming personalities aren’t the only profiteers of this trend; in fact, their takeaway is very small in the scheme of things.

The setup is like so: Entrepreneurial individuals intent on moving up the social ladder look to live video streaming as a low-barrier-to-entry avenue for turning a profit. The qualifications required are modest. Anyone with an internet connection and webcam can host live streams. Talents like singing, dancing, or telling jokes certainly help — but they aren’t necessary. That said, it’s often critical to enlist an agency.

These agencies train self-broadcasters on makeup, performance, catering to fans, and more. They also help promote the streamers they represent by patronizing their shows. The end-goal is to grow an active fan base for each host and generate revenue from the virtual gifts that viewers contribute.

Once fans do start supporting a live streamer, the earnings brought in from virtual gifts are divided between the host, their agency, and the broadcasting platforms used. In many cases, the celebrities walk away with a measly 20-50 percent cut. Even so, this line of work can be surprisingly profitable.

While the live streaming industry in China is significantly larger than that of the U.S., esports and video game streaming hasn’t played as central of a role. Even so, the opportunity is vast. China boasts the largest gaming population globally, with north of 630 million participants. Instead of using Twitch, Chinese gamers tune into the streaming services Douyu and Huya. The two Chinese platforms command over 60 percent of the industry.

The revenue model is what sets video game streaming in China apart from its Western counterparts. As described above, virtual gifts generate profit for both the streaming platforms and professional streamers. TechNode’s Richard Dai reports that more than 85 percent of China’s streaming revenue comes from these virtual gifts.

Viewers purchase the gifts, which take the form of miniature icons that flutter on the screen whenever they choose to tip a live streaming host. The hosts then redeem the gifts for money, turning the virtual into material once more.

Could this model influence tech giants like Amazon to explore additional ways to monetize Twitch beyond advertisements and sponsorships? Possibly. It would also be wise for Chinese streaming services to look beyond virtual gifts in case the fad is short-lived.

The majority of China’s live streamers fall in the category of “in real life” (IRL) hosts. These stars deliver little to their audience aside from an escape from loneliness. While IRL streamers may choose to sing or tell jokes, their success lies in connecting with fans above all else.

This trend predominately takes the form of male viewers tuning in to watch female self-broadcasters. Because China’s 1980 one-child policy resulted in a gender imbalance across the millennial generation, many isolated males turn to live streaming celebrities as a digital substitute for companionship.

Niche fanbases also exist. For instance, there’s the famous canine live streamer, Q Jiang (yes, you heard me right, a dog) as well as the binge eaters who stream themselves consuming massive amounts of food (not unlike a Fourth of July Hot Dog Eating Contest). Such work is taxing on the body — especially for those who’ve attempted to push the boundaries by eating poisonous centipedes or live creatures that have attempted to fight back. But more pedestrian types of content can also weigh on live streamers.

National Geographic’s Claire Wolters writes, “The work can cause physical and mental harm. Peak hours are late at night, meaning irregular sleep schedules and fatigue. Some become isolated from friends and family or grow depressed.”

So why do viewers flippantly spend money on tipping these celebrities with virtual gifts? In the documentary People’s Republic of Desire, director Hao Wu takes a closer look. The adoring fans in the film fall into two camps: Diaosi and Tuhao.

Diaosi is a derogatory term that loosely translates to ‘loser’ and describes the working-class majority in attendance during live broadcasts.

Tuhao, on the other hand, refers to people of wealth. In the context of Chinese IRL streaming, Tuhao describes the wealthy benefactors who contribute to approximately 80 percent of a streamer’s total income.

By generously tipping during live broadcasts, these patrons command respect from the hosts and their fanbase. What’s more, the patron’s status as a rich leader in Chinese society is made manifest by playing it out on a digital front.

From 2015 through 2017, more than 700 live streaming platforms competed for users in China. This unstable period of expansion and contraction resulted in a government crackdown to strengthen regulations. Today, the consolidated market is led by a handful of Chinese streaming services that survived. Tencent, the world’s largest gaming company and one of the world’s largest social media companies, now controls many of the platforms and has been named one of the world’s most valuable technology companies.

Ethical guidelines are also in place. Gambling, politics, inappropriate songs, and even suggestively eating a banana are verboten. Users can be blacklisted for such vague offenses as maliciously generating hype or disrupting public order. In 2019, one viral user with the moniker Your Highness Qiaobiluo was banned from live streaming when she showed her real face during a live stream — revealing a middle-aged woman beneath the digital filters that had augmented her face to appear decades younger.

In China’s state-owned media landscape, live streaming delivers the authenticity and personal engagement missing from many of the viewers’ lives. But government restrictions curtailed certain types of content, prompting many to explore additional ways to use this format within the regulations.

Successful influencers on Taobao ascend to celebrity-like status, helping elevate the shopping experience from mundane to swanky. And just like at a Nordstrom beauty counter, consumers can ask questions and learn application techniques. Beyond just generating fans, the top sellers bring home serious bucks. In 2018, 81 top live commerce influencers on Taobao generated over $15 million in sales.

According to CNN, “part of China’s retail growth is being driven by the likes of artificial intelligence, big data, the so-called Internet of Things and cloud computing… Such technologies will integrate online with offline retail channels to offer more personalized buying experiences.”

While live commerce has seen some traction in other markets, China’s ability to integrate payment across disparate platforms is far more sophisticated than say, converting a buyer via Instagram Live to make a purchase on Amazon.

Not convinced? The number speak for themselves. On the Chinese shopping holiday Singles’ Day, live streams on Taobao Live generated $2.85 billion in sales.

Other streaming services in China are adapting to get into the live commerce game. The e-commerce platform Vip.com and short video app Douyin (the Chinese name for TikTok) are leveraging live streaming to power their retail businesses.

There you have it. China is paving the way for live streaming implementations, with a complex mix of political and cultural factors shaping the phenomenon. Live commerce is now a budding trend across the world, and IRL streaming has a growing audience on Twitch.

How else will China’s adoption of live streaming influence the rest of the world? That has yet to be seen. 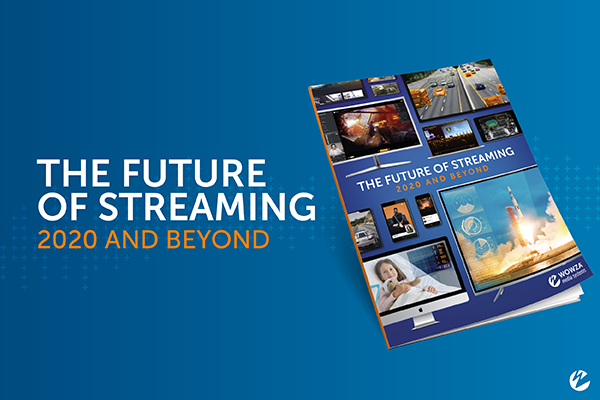