Letting Customers Choose When, Where, and How They Engage

Early to evolve the shop-at-home model, Jewelry Television (JTV) relies on Wowza for broadcasting live 24/7 content to customers across the globe. The long-established retailer transformed into a digital media company by expanding its presence beyond traditional cable to reach viewers on nearly any internet-connected device.

of businesses now use video as a marketing tool.²

Home shopping broadcasts have been around for some time. But while cable and satellite have traditionally been the go-to methods, JTV looked to streaming. The large retailer thereby reinvented home shopping as anywhere shopping.

“Nearly a decade ago, we decided to put our signal everywhere that people could get it, and not just rely on cable,” explains Eric Johnson, vice president of information systems at JTV. “Wowza Streaming Engine offered a viable option to bring JTV’s broadcasts to mobile markets, and it was exactly what we needed at the time.”

With the addition of streaming, JTV moved from a cable model limiting its audience to those with broadcast television subscriptions to an internet distribution model that enables global viewership. Shoppers can now make purchases and watch live channels 24/7 on the JTV Live app for iOS, Roku, and Amazon Fire TV. Additionally, the retailer broadcasts on jtv.com and YouTube.

Tuning in to Shifting Demographics

Demographic shifts spurred this digital transformation. By letting customers select when, where, and how they engage — be it on their living room television or a mobile app while riding the subway — JTV broadened their reach to attract a younger population.

Streaming video also allows JTV to restore certain aspects of the in-store shopping experience that drive sales. When investing in jewelry, many are inclined to do their research. Live broadcasting gives hosts the opportunity to share information about the gemstone’s origin and artistic influences on the piece.

Just like at a local jewelry store, shoppers can view the products from different angles and ask the host questions via chat rooms. Live interactive streaming functionality also creates a sense of community among viewers.

“We expect that as television evolves, so will we,” says JTV CEO Tim Matthews. “We think media is important to staying viable.”

While JTV started with Wowza Streaming Engine, they added additional functionality using Wowza Video. This allowed the retailer to quickly scale and deliver a truly omnichannel experience to customers.

“We wanted something that would be able to grow with us. Moving over to Wowza Video has really helped,” says Patrick Freeman, digital media systems administrator at JTV. “We were only streaming our primary broadcast when we first started. Since then, we’ve added JTV2 and JTVextra. These additional broadcasts offer different content and thereby reach different audiences.”

Live transcoding is what makes it possible for JTV to reach consumers on any device — whether mobile, PC, or set-top box. Their omnichannel platform also helps speed up conversion by reducing the steps required between product discovery and purchase. When watching a live stream, the seamless experience requires just a click of a button.

But innovation doesn’t stop there. A willingness to try new ideas is wired into the company’s core. JTV already has its eyes set on the future of streaming — from 4k broadcasts to virtual reality. And with Wowza’s flexible streaming platform, anything is possible. 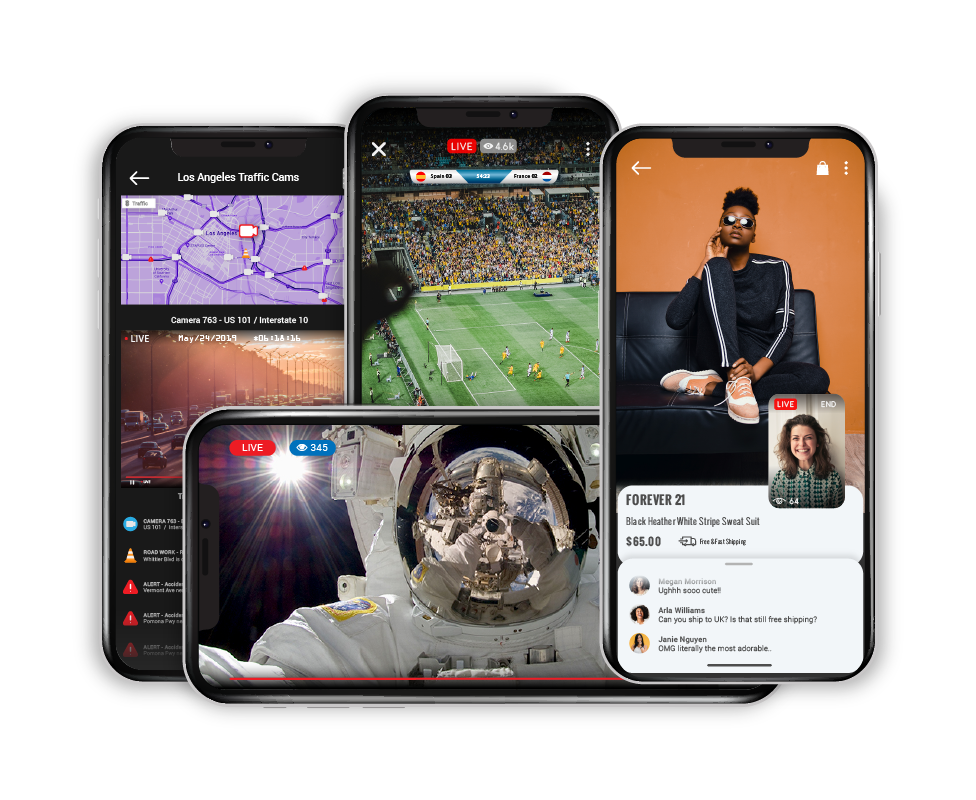