Smart City Trends to Watch for in 2021 and Beyond

Like nearly everything else, the COVID-19 pandemic has shaken things up in the smart cities sector. Before the health crisis, experts were predicting a focus on self-driving — and even flying — cars, reducing traffic congestion, and using blockchain technology for more than currency. A lot of those plans are either on hold or have been scrapped. Multiple large-scale smart city projects, such as the Sidewalk Toronto plan, have been canceled because of reduced city income combined with increased spending to combat the pandemic’s effects. There are, however, other initiatives that many cities are pursuing in spite of, and in some cases because of, COVID-19.

The use cases for real-time monitoring in smart cities are practically endless. Cities are using real-time monitoring systems to track everything from air quality to light levels. This data enables local government departments to streamline simple tasks like diming streetlight bulbs or sending alerts to residents. At the top of many city leaders’ minds is live streamed transit monitoring.

Some cities are already using live video streaming to analyze and interpret traffic levels in different sectors, thereby directing traffic and transit systems more efficiently. Municipalities can use these systems to open roads to different traffic types depending on the day or time, moving from cars to bikes and pedestrians only, and back. Monitoring can also be paired with other smart city advancements. Traffic monitoring can direct self-driving vehicles to the best route. Live data on available electric vehicle charging stations or a hub’s current stock of electric scooters helps keep residents moving through the city without delays.

Live monitoring systems can also be used for waste management. Barcelona uses a smart bin system to monitor trash levels, then vacuum it into an underground storage facility where it can be removed. This eliminates the need for smelly garbage trucks to make rounds every day. Water quality and wastewater treatment are also areas of focus. Cities currently use data gathered from water and wastewater systems to analyze water quality. Additionally, monitoring systems can warn of flooding zones and times.

This may sound like old news. And that’s because it is. The real innovation here is that this is all achieved using less energy and resources than ever before. Optimizing water operations using smart monitoring is saving cities cash, energy, and water.

Cities have started investing more in live streaming to assist first responders. Some have developed hyperlocal hubs that aggregate and analyze incoming data before sending out alerts to police. This helps officers know where to go and provides situational awareness. The same idea has been implemented in other cities for public health, communicating with hospitals and EMTs rather than police. For instance, companies like Carbyne use live streams to connect 911 callers with dispatchers and medics, thereby closing the communication gap in emergencies.

Cities are focusing on resiliency for the future and even appointing chief resilience officers to drive this strategy. Services in multiple cities all but stopped during the first half of 2020. In response, there is a hard push to create more resilient systems so that residents don’t experience interruptions like that again. Many cities are looking to digitize their systems to achieve this.

Just like corporate offices, government offices have largely closed down in-person operations during the pandemic. Closures at the Department of Motor Vehicle, Social Security, and Clerk and Recorder offices hindered many people in 2020. As a result, governments have had to adapt.

Digitizing government services was already a priority for many cities. However, the massive amount of work required was keeping many from starting such projects. Thanks to COVID-19, these organizations have been forced to rapidly move services online.

It’s now possible to get married via mail, get a new passport by filling out an online application, and even get a replacement Social Security card online. All of these services — at least here in Denver, Colorado — used to require spending hours in waiting rooms and meeting with government employees. Now we can take care of this business without ever leaving our homes, sometimes with the aid of a virtual appointment.

Cities aren’t just putting time and effort into the digitalization of services for their residents. This trend is also benefitting city agencies themselves. Moving systems online comes with some obvious perks, such as saving time and paper. Additionally, this allows government systems to use AI and ML technologies, as well as robotic process automation. Basically, many tasks will be delegated to a software “robot” to complete, freeing up staff to work on more nuanced tasks.

Cities are also investing in creating digital twins. Digital twins are a virtual representation of physical structures and systems. Cities can create and utilize digital twins of buildings, traffic systems, or even the entire city, as is the case for Singapore. Digital twins are useful in a variety of ways. One of their biggest payoffs is the ability to run test scenarios.

With more digitalized and connected cities comes more Internet of Things (IoT) devices and networks. These bring vulnerabilities. Unfortunately, most cities have spent very little on cybersecurity, and attackers have realized this. Baltimore, New Orleans, multiple cities in Florida, and the federal government have fallen prey since early 2019. The International Data Corporation has predicted that “20% of deployed local government devices will be compromised by malware and ransomware attacks in 2021 due to IoT ecosystem vulnerabilities.” In response, mayors and governors are working to increase cybersecurity budgets and form coalitions against paying ransoms to present a unified front against attackers.

Another potential side effect of a more connected city is reduced privacy. The Carnegie Endowment for International Peace found that “176 countries globally are actively using AI technologies for surveillance purposes.” Cities must be careful that the incredible real-time monitoring systems they develop have privacy considerations built in.

The faster speeds, lower latency, and improved reliability of 5G make it a must-have for cities worldwide. If 2020 had gone differently, we would probably already be reaping the benefits. While many efforts to install 5G cells have been slowed, they are not stalled. This innovation is still number one on many cities’ to-do lists.

The power of 5G is limitless. Essentially every trend discussed above can be strengthened or expanded in a city fully equipped with 5G. Some cities are going a step further with their 5G rollout and integrating traffic cameras, Wi-Fi hotspots, and 5G antennas into a single instrument.

The word unprecedented has certainly been overused lately. Nevertheless, it’s a fitting description for both the hurdles and strides in the smart city industry during 2020. Cities faced massive budget deficits, new urgent needs from residents, and burnt out staff. Through all of that, they managed to sprint through long-neglected digitalization projects. Like many of us, city leadership has put a renewed emphasis on increasing connectivity, and they’re utilizing live streaming to achieve this. 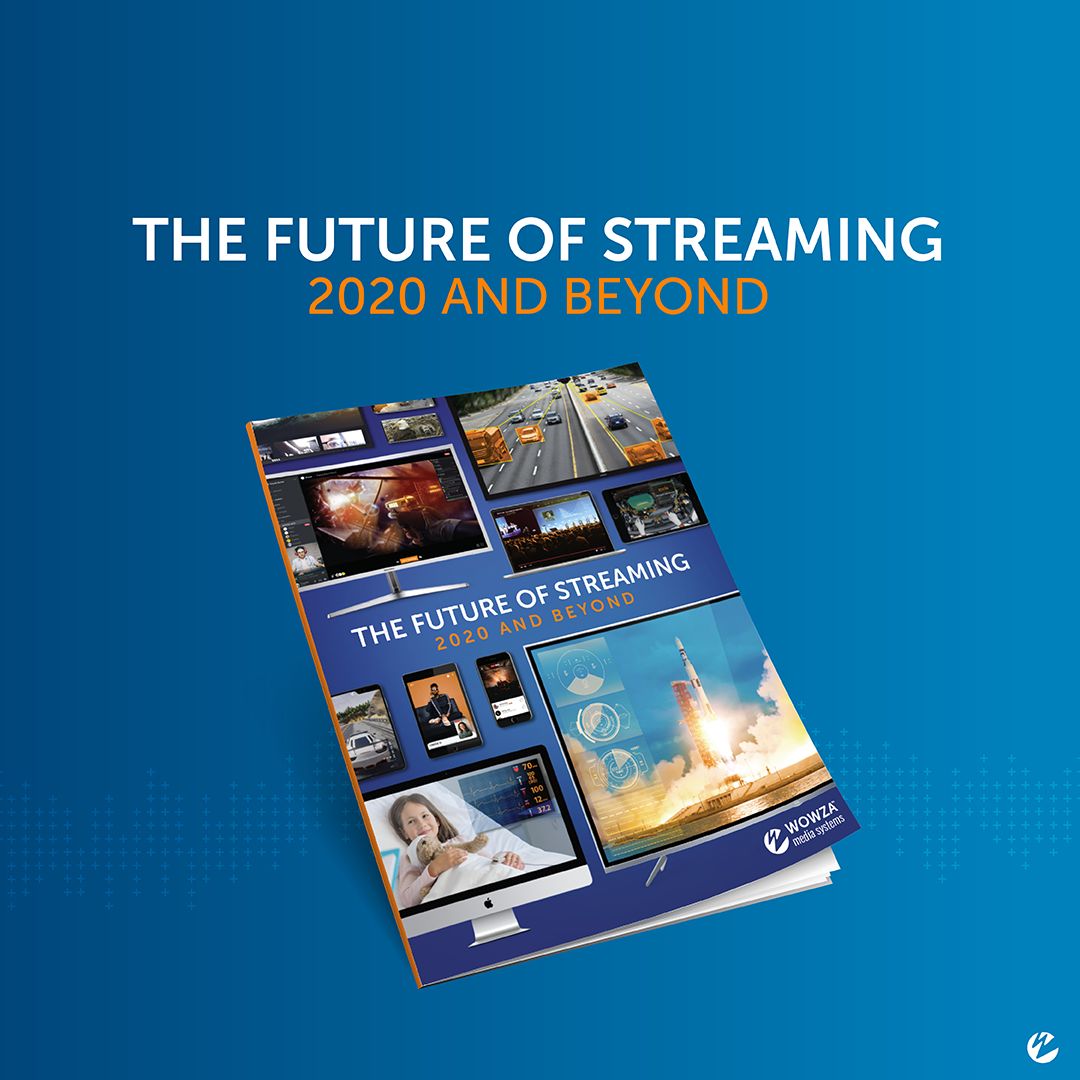 The Future of Live Streaming: 2020 and Beyond

Based in Denver, CO, Brittney Dougherty is a digital marketer at Wowza in charge of SEO and website updates. She has eight years of experience in B2B writing and research. She is known to frequently nerd out about marketing, gaming,… View more