Wowza CEO and Cofounder David Stubenvoll has been named a finalist in the Ernst & Young Entrepreneur of the Year 2019 Awards for the Mountain Desert region. As a way to celebrate entrepreneurial achievement, this program has been recognizing business leaders across the world for more than three decades.

Get to Know Dave Stubenvoll

A streaming industry trailblazer, David Stubenvoll founded Wowza Media Systems with Charlie Good in 2005. Their goal was simple: to simplify media streaming and make it better. Today, Wowza frequents Streaming Media’s list of Companies That Matter Most in Online Video and their Readers’ Choice Awards.

Dave credits his sister Diane as being an early source of motivation. Born with a life expectancy of two years, Diane faced every challenge presented to her for five more decades. Her perseverance has inspired Dave’s own professional journey every step of the way.

After initially completing a bachelor’s degree in mechanical engineering, Dave went on to earn a JD and MBA concurrently. He graduated first in his class in business school, having also worked throughout his education.

Dave doesn’t just welcome obstacles. As a life-long learner, he seeks them out. “Taking risks is all about controlling risks,” he says. “If you think like everyone else, you’re going to get the same results as everyone else. And what’s the fun in that?”

Dave confronted his own challenge in 2011 when an industry giant launched a four-year lawsuit intended to put Wowza out of business. He’d grown Wowza into a solid organization and was unwilling to give up despite the sleepless nights. Dave led the company through that trying time the same way he leads today — by remaining optimistic, but also realistic.

Dave takes pride in the thriving business that he’s built, a life spent pushing the boundaries, and his three fiercely independent children.

Get to Know Wowza

Wowza started with a theory. David Stubenvoll and Charlie Good knew that successful businesses often grew as offshoots of others. By leveraging the insight gained along the way, all their partnership needed to thrive was a willingness to pivot if it wasn’t profitable within three months.

So, the two entrepreneurs started a business arbitrarily. This initially took the form of a video blogging platform called Blog Cheese. As social networks gained popularity, they transformed the original concept. Enter Side Flicks — a video messaging widget for social media.

Meanwhile, Charlie and Dave worked to refine the internal infrastructure powering their business. Because the industry-standard Adobe Flash Media Server couldn’t adapt to their needs, Charlie coded a new solution. The 220 kilobyte Java servlet was intended to power Blog Cheese’s and Side Flicks’ SaaS offering. Instead, it became the foundation of yet another business model.

At conferences and tradeshows, the Java servlet aroused more interest than Side Flicks itself. This revealed a stark void in the industry: the lack of flexible streaming products for professionals. And thus — over beers at a Coyote Ugly Saloon — Dave and Charlie decided to start selling the very software that their business was built on.

Competing against an industry-standard incumbent meant two things. Dave and Charlie needed to understand their customers’ needs and offer a product that resonated. Because they had experienced the same frustration as their customers, this was easy. Rebranded as Wowza, they released their streaming software for General Availability (GA) in 2007. Wowza was cash flow positive within the first month.

In the twelve years that have followed, Wowza’s become the gold standard for streaming. One third of CDNs globally have the Wowza™ Streaming Engine software built in, and the Higgs Boson particle was discovered using it.

How Dave Powers Innovation at Wowza

With adoption rates exploding, use cases proliferating, and video quality increasing, the streaming industry’s influence on everyday life continues to grow. We’ve only scratched the surface of what can be accomplished with this technology.

The beauty of Wowza lies therein. Built to build on, the Wowza Streaming Engine can sit in any environment — whether it be a global network of servers or military-grade body cameras. But staying relevant in a growing industry requires agility.

With David Stubenvoll leading the way, Wowza’s product profile has expanded through the years to include solutions at every step of the video delivery workflow.

As CEO, Dave inspires creativity and innovation with the Lean Startup methodology. This means quickly testing all efforts and either accelerating, adjusting, or abandoning based on results. Encouraging outsider perspectives is also key.

Live-streaming technology is anybody’s for the taking. From virtual doctor visits to augmented reality, we can’t begin to predict how it will be used next.

Dave keeps up in this rapidly evolving industry by sinking money into high-performing assets, both within the company and on the market. Today, Wowza is investing in technology, sales talent, a Professional Services program, and expanding reach into market segments.

Aside from that, Dave’s go-forward plan all comes back to his original strategy: constantly adapting to support the realities of the market.

David Stubenvoll and Charlie Good set out to create cool stuff with like-minded people from day one. Wowza’s culture is an extension of this idea, with innovation built into its fabric.

Wowza’s crew of coders, problem solvers, and creators works together each year to connect the larger community with their passion for tech. This means sponsoring national STEM programs, participating in events like SheTech, and organizing Women in Streaming Media meet-ups.

The tight-knit team benefits from a dog-friendly workplace, unlimited snacks, holiday parties, and more. But the heart of Wowza is so much more than that.

Wowza’s organizational structure empowers all employees to take ownership of their role with limited oversight. Because truth can be found in productive disagreement, Dave encourages team members to challenge him.

The HR team also sends out a quarterly Engagement Survey to keep a finger on the pulse. As of January 2019, respondents reported a 99% pride score on a scale from -100 to 100.

Dave’s compassion drives this company-wide pride. People are eager to help each other out professionally. And should someone require assistance with a more personal matter, contributions pour in from near and far. 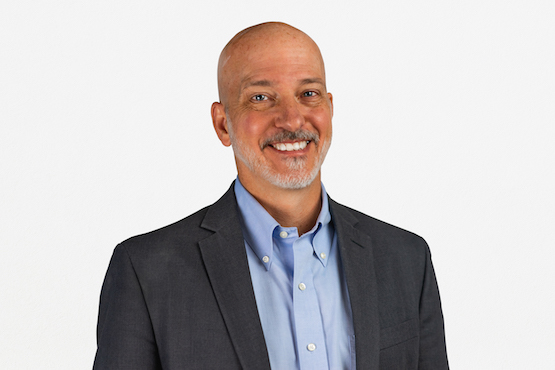